Homeopathy has no scientific support

This morning on Pat Kenny’s radio programme there was a clinical psychologist and a homeopath discussing whether homeopathy had any validity.

First of all, it always galls me that the media, in the interest of ‘balance’ has a scientist and a quack on opposite sides of a debate.  They are not equivalent in any way.  One uses logic and careful testing, the other uses quackery, whatever that is.

Anyway, in the middle of the debate, the homeopath said that in fact there was lots of scientific proof emerging for the scientific basis of homeopathy.

At this point, I nearly spluttered my coffee all over my nice American jeans and my freshly ironed (thank you Edita) white shirt.

“There’s scientific proof for Homeopathy?” I spluttered? “This changes everything”.

Just as an aside.  Being a scientist, I am obliged to go along with whatever the data tells us.  Even if I hate the outcome, I must go along with the data.  I pblished a paper some years ago on the Ecdysozoa and now with new data, I think the paper is not correct and I go along with the other papers that point out one of the flaws of my study.  I accept it.  I wish I was right, but the new data is much more convincing and therefore, I spin around and accept it.

I am a scientist, so I MUST do this.

Therefore, you can imagine my astonishment this morning when this homeopath claimed that there was rigorous science behind homeopathy.

She first mumbled something about Luc Montagnier, a famous scientist who discovered HIV (or at least he discovered what the virus was, I guess some patients discovered HIV).  I couldn’t understand what her argument was in this case.

However, she then mentioned a study on piglets whose diarrhoea was cured by homeopathy at levels that were much higher than the rate for those piglets that were given a placebo.

She flummoxed the Clinical Psychologist, who was not aware of the study. 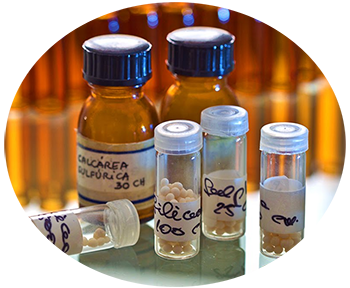 Pat Kenny said there should be a ’round two’ in order to give the scientist some time to look at the scientific paper that proved homeopathy.

This Homeopath person knew it intimitely.

THEN WHY DIDNT SHE KNOW ABOUT THE SUBSEQUENT PAPER PUBLISHED BY PROF. DREW THOMAS OF IMPERIAL COLLEGE THAT SHOWED THAT THE PIGLET STUDY WAS FLAWED????

Of course she knew.

Of course she knew that what she was saying was nonsense.

She now stands accused of either being dishonest by holding back the evidence that showed that the first study was flawed or she is incompetent.

Either way, this fact should be known.  This morning on Pat Kenny’s programme, a person presented a case that homeopathy has a real and meaningful effect and that this had been proven scientifically.

It has been discredited.  That is what has happened.

I hate it when people are being dishonest or incompetent.

I wrote to the programme, but I don’t know if my email was read out.